NJVBOA SOUTH
LEGENDS OF VOLLEYBALL AWARD
Congratulations to Dee Scragg and Richard Luongo who were awarded the Legends of Volleyball Award at the Tournament of Champions. 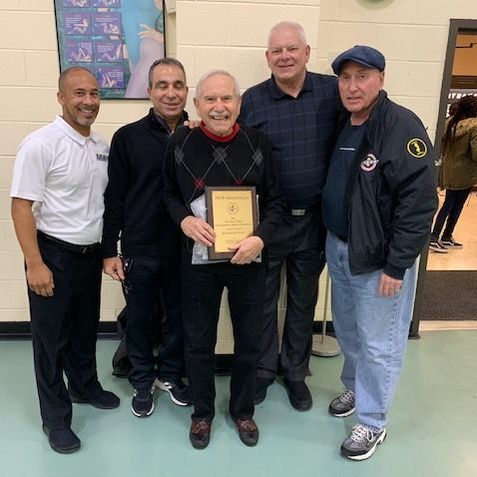 The following member officiated during the 2017 Girls Volleyball Tournament of Champions:
Ed Marion
Pete Lukach was honored by the Executive Committee of the NJSIAA with the Award of Honor for Volleyball. This special award, presented at a luncheon in December 2017, represents his service in the field of interscholastic sports and his dedication to the student/athletes of New Jersey over an extended period of time.
Congratulations to Todd Walker for receiving a letter of appreciation from Big Brothers/Big Sisters of Monmouth and Middlesex Counties.
NJVBOA-South 2014 Referee of the Year Award
for the Boy's and Girl's Seasons is Richard Luongo.
Congratulations are in order for Bill Bradley as he was selected by NJSIAA/NJSCA
​to receive the referee of the year award for boys volleyball.
NJVBOA South 2013 Referee of the Year Awards
Bill Bradley (Boy’s Season)
Stu Oram (Girl’s Season)
Congratulations to the following NJVBOA-South members who were honored with assignments to this year's NJSIAA Girls Volleyball Tournament.